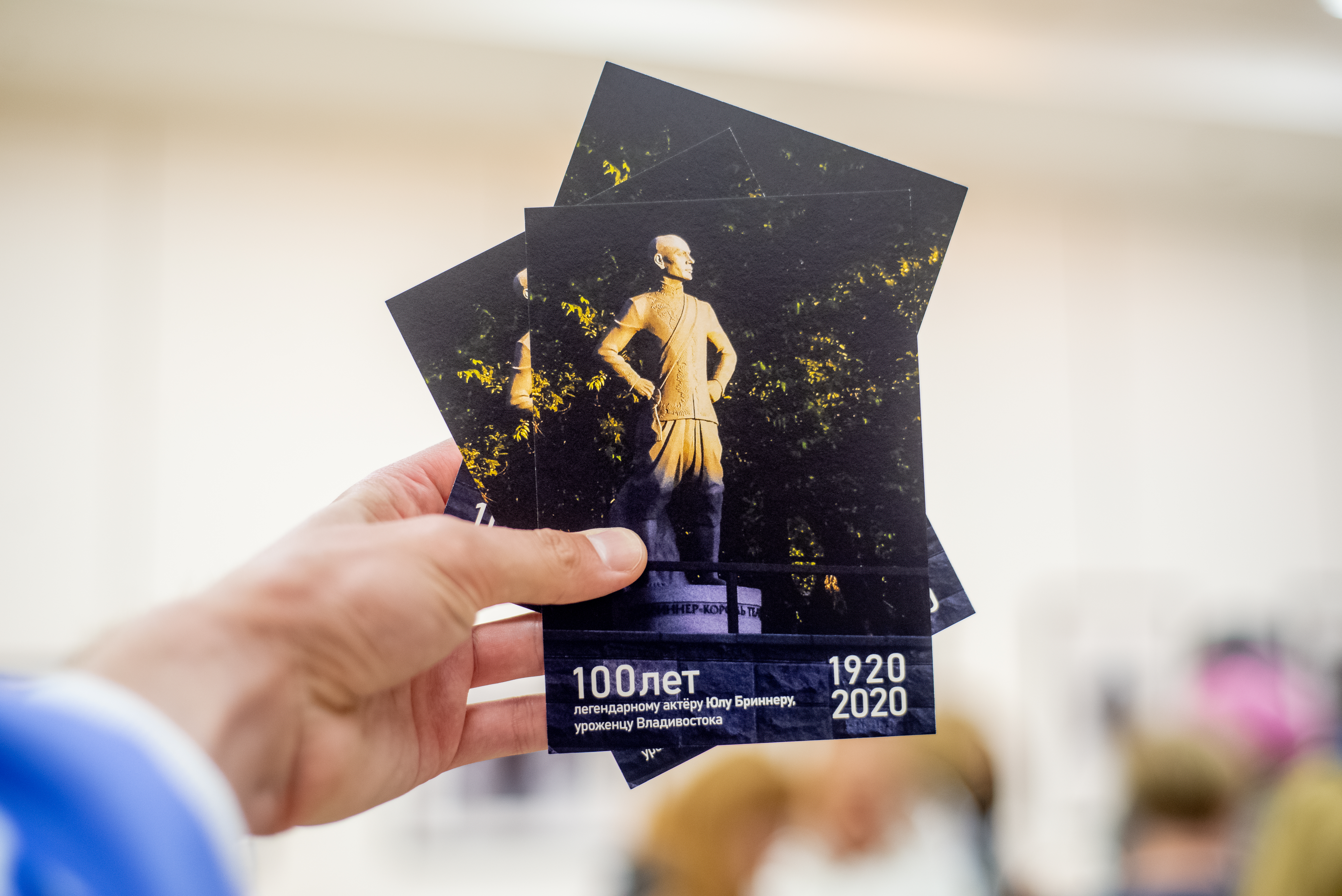 The 18th Pacific Meridian International Film Festival of Asian Pacific Countries continues to tell about the most interesting events of the festival.

On October 15, the Arka Gallery together with the Russian Post hosted a presentation of a postcard dedicated to the 100th anniversary of the birth of Yul Brynner. The image for the postcard was a photograph of the monument to the famous Hollywood actor from Vladivostok. The dating of the new postcard with a special postmark “With love from Vladivostok” took place in a festive atmosphere, where everyone could receive a signature postcard and immediately send it to any corner of the world. It is worth noting that the first postcard was sent to Yul Brynner’s son, Rock.

ORDINARY FASCISM documentary by Mikhail Romm was screened as Special Event within The Year of Memory and Glory in Russia program. The final press conference of the festival took place at the press center in the Okean Movie Theater, with the filmmakers of the animated short NAKED Kirill and Arina Khachaturovs, and Philipp Yuryev, the director of KITOBOY, participating. At the press conference, they discussed the fate of Russian animation, details of the filming process in Chukotka and the similarity of this material with the history and traditions of the Far East.

Anna Gusarova, together with Ilya Lokshin, held the last workshop on acting on camera. In the classroom of the curators of Moscow Film School everyone was able to grasp the basics of acting on camera, and also to try themselves in improvised auditions. On the same day, there was a presentation of Moscow Film School, at which they talked about the opportunities the film school provides, its technical facilities and theoretical foundations, and also about the possibility to create a full cycle of film production. After the presentation, five short films by the school’s graduates were screened.

At the end of the day the Gorky Theatre held a meet-the-artist session with the theatre and film actor Dmitriy Dyuzhev. The actor talked about his life, the story of his parents meeting each other and the path that he had to go from performing in the circus to playing in LAW OF THE LAWLESS, the cult TV series.