See You in My Dreams 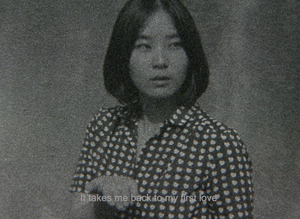 For me, “mother” means my grandmother, who raised me with undying affection. She is gradually dying. I thought that I would definitely regret it if I didn’t listen to her stories, so I started going to her house and collected them little by little since summer two years ago. One of the stories was the story of her first romance. I have heard that “the dream you see in the morning is a message from the pure land”, but what kind of world is pure? What kind of dream does my grandmother have?

Stills from the film